A little over a year ago I bought one of the Sense Energy monitors to install on my panel to get a better grasp on what things were using electricity in our home. For those that haven't heard of them, it monitors all usage at the panel and based on the electrical signals will determine the type of devices you have, and over time, identify them. It tracks the electrical usage of each device and can give you totals or estimates of yearly usage and cost to use the device/appliance.


So right away, it detects normal things that are constantly on and puts them into a group called "Always On", these are wall warts, lights that are left on, bug zappers, etc., they can really add up. The rest is in either Unknown or Other. As it identifies devices, they start to show up in their own bubble/category and their usage gets subtracted from the Other/Unknown bubbles.

At first it was a bit frustrating that I wasn't seeing all of my appliances, but slowly things started to show up. Basically things have to run and create a pattern frequently enough to get identified. I found also that some things were getting identified more than once, such as my shop vac. I was using it in different parts of the house and it would show up as a new appliance when plugged into another part of the house. Luckily those I could name the same and it would "group" them as the same device/appliance.

The app allows you to update information about the device, which in turn allows it to help others that have a Sense to get their devices identified quicker. It also allows you to update your local electrical costs by the kW, which I've found to be pretty accurate at estimating my monthly bill, usually matches within a few dollars each month.

Now with things like variable speed and linear speed pumps/motors, they never get detected. For instance, my refrigerator has a linear speed motor, which will speed up/slow down based on demand, so the signal is never consistent. Same with my pool pump. The pool pump has it's own monitor, so I've been able to see how much of "Other" belongs to it. For the fridge, Sense supports some plug-in energy monitors (wemos and tplink) and will accept what they tell it they are using. I have a couple of these and move them around to different appliances that aren't showing up to see what they are using.

I've done some base lines of my ups units to see what they use without load over time, mostly to see if the batteries are starting to need replacing. The company, as mentioned in the video, has talked about being able to pickup issues with devices not working properly and notify the owner of potential issues. I've not seen anything like that yet, but would be nice to get some heads up on such issues, such as bearings going bad or ignitors not working correctly.

Tonight I was trying to determine what wattages each of my appliances were to figure out a plan for putting in a switch for my new generator. I'd like to have just a couple of circuits in the house that I can switch over and have the necessary appliances be powered by the generator. I found that the app actually averages that usage for each device/appliance.

Our power company has been sending us monthly emails with similar (but much less granular) data about our usage. (I had to follow a link to see all the graphs, etc.) I guess the idea is to "game-i-fy" power consumption, to encourage one to win out over one's neighbors? Regardless ... the info has been pretty useful. 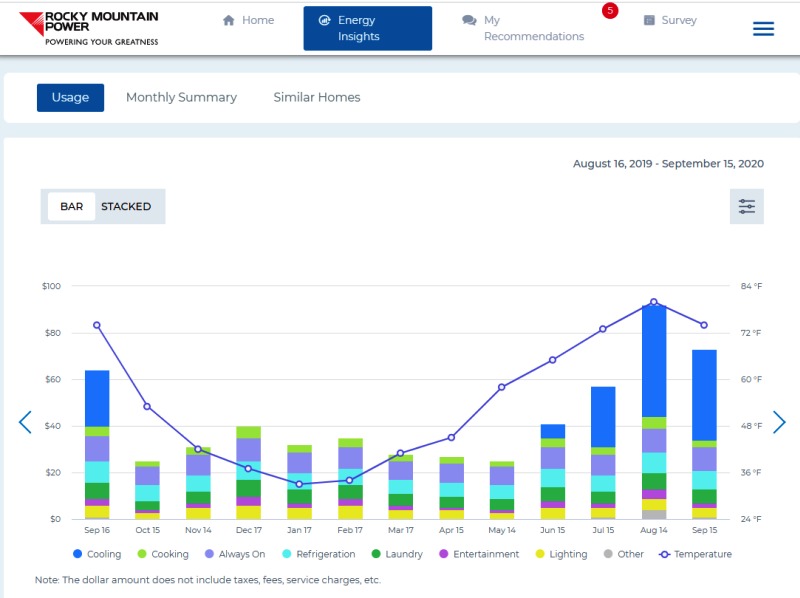 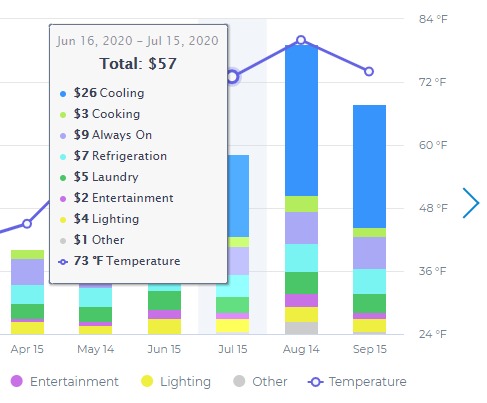 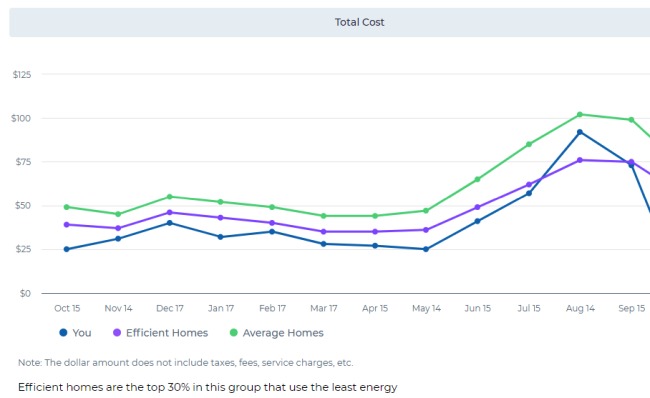 They should show up. How are you inserting them? Are you using the Insert Image icon in the toolbar?

I'm going to guess that it's the fact it's not a secure server (http vs https) and the browser is blocking them.

I can load the image from the image url in a separate windows, but the browser is blocking them when mixed with https (which our site is running).

Edit: I confirmed this by taking out the "s" on the url protocol and the images loaded with the page.
Last edited: Oct 21, 2020

Yeah, I get these "reports" from our power company, comparing us to our neighbors. You'd think I have a grow room running in the back of my shop

Of course this one is coming off a few months of running the AC for the house, the one for the shop office, and pool pump 24/7 for the summer.

I get those reports, too. They always say I'm using nearly twice as much as my neighbors.
The real story, however, is that my 25 year old home is the newest in this area. All the others are 70 years old.
I have a 200 amp service, with a 100 amp sub-panel in the shop. I have a hot tub, a pond pump, air conditioning, and a shop full of power-hungry tools, along with quite a bit of outdoor lighting.
Many of the neighbors still have 60 amp service panels. A few have 100 amps. Those with 60 amp panels typically don't have mush of anything extra - just lights, and maybe their kitchen stoves. The 100 amp folks typically upgraded so they could add air conditioning.
So, you can easily see how I use more electricity than my neighbors.
Bottom line: Those reports are not a good comparison. They're more "Apples-to-Oranges."

I have no idea how much electricity we use, that's not my department...lol. I only work in accounts receivable, my wife run accounts payable...

Darren Wright said:
I'm going to guess that it's the fact it's not a secure server (http vs https) and the browser is blocking them.

I can load the image from the image url in a separate windows, but the browser is blocking them when mixed with https (which our site is running).

Edit: I confirmed this by taking out the "s" on the url protocol and the images loaded with the page.
Click to expand...

Thanks for the feedback Darren. I activated SSL for the domain those screenshots are hosted on, and we appear to be "back in business"!

Don Baer said:
I have no idea how much electricity we use, that's not my department...lol. I only work in accounts receivable, my wife run accounts payable...
Click to expand...

Same arrangement in my house...
I keep all my money in my wife's purse... just in case of a mugging, I don't get hurt.