setting up military cribbage board centers

once the laser was up and running again, i started setting up the codes for the centers of the military cribbage boards. i may have to look for a crisper one for army.

Yup, the army one does look a bit ragged compared to the others, but they are all very nice!

looking good but one comment. I would find a different symbol for the Marines. they may be a part
of the department of the Navy, many of em don' t like being reminded of the fact. something like this...... 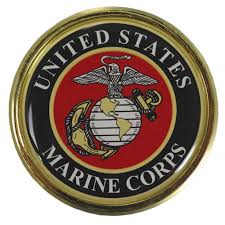 I was going to go with the globe and anchor Don, but my brother who was a Marine, said everyone is doing that. I asked what about that bulldog with the campaign hat and cigar (as he has one on his arm). He said everyone is doing that one too. He said do something that no one else is doing. I asked him what else says Marines at first glance? He answered with one word, Suribachi. He liked the design, and said nothing about the Navy Department being there.

well if everyone else is doing something there might be a reason, ya can't argue with what works....btw there is no such thing as a ex Marine or was a Marine ... once a Marine ,always a Marine.... I have quite a few in my family.

Don Baer said:
looking good but one comment. I would find a different symbol for the Marines. they may be a part
of the department of the Navy, many of em don' t like being reminded of the fact. something like this......

I'm with Don on this one.

BTW, there's a reason "everyone is doing that." It's the official emblem. The one we all want to see. The Iwo statue commemorates an event, but is not the actual symbol of the Marines.

I served 22 years in the Marines, and that Eagle, Globe & Anchor is what symbolizes USMC to me.

I never served in the military, but have made a couple of items for family members who did. Here are the references I used

Several of my Marine friends are partial to the bull dog, but all have the official stickers on their trucks. I'd say go with a couple of them and see what sells.

I also know a lot of folks that are just patriots and would go with a Gadsden flag/seal or other patriotic symbols/quotes. 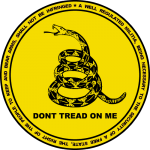 ok, ending this now. if you look back to my post about my conversation with my brother, i asked him (since in his own sweet way pooh-poohed the globe and anchor, and the bulldog) what would make people, in their minds, think marines. not an official emblem or seal, but something at first glance, think marines. i wasn't going for something official, just inspiration. if you check out my national guard center, i combined the imagery for army and air guards, and i think it looks good. there are at least 3 different emblems for the navy, and i went with the one i liked, because the others were too plain. same with the air force as well. the army has at least seven emblems. the modern ones are way too plain, could have gone with the 'board of war and ordnance emblem, but people would have said, huh? so i went with the 1947 seal, as i liked that one, not too plain, and also says army.

darren, the suribachi boards sold rather well, with 2 of them going to marines, who really liked them.

tested out the new army center, and i am happy with it.