Any advice on Chamber Vacuums

I like my Anova bluetooth, but would like the wifi version. Stores away in a small space, does the job. I probably should just get the wifi and use both, my wife prefers her steaks at briquette consistency.

No idea on chamber vacuums although I keep looking at them they seem.. like a large piece of equipment. We recently upgraded our bag type sealer to an Avid Armor A100 which is pretty beefy, only had it for a couple months so early to report but so far pretty happy (https://avidarmor.com/products/vacuum-sealers/).

We have an older immersion type Sous-Vide from Anova before they added all of the fancy cell phone bluetooth/wifi stuff (so manual only). When I calibrated against 3 precision thermometers it ran really consistently 1C low which was within the range I was happy to adjust around (it didn't vary much was just off 1C so I can easily adjust for that - and 1C would only matter if you were doing precision eggs or something similar[1], for meat it's pretty much in the noise). Doesn't take much room, and so far "just works".

[1] At about 63-64C the yolk of the egg turns to sort of a custard texture that's sublimely different than 62 or 65C eggs.. disappointingly they didn't stop at 64C here because imho those are perfect eggs for "over things" (i.e. tex-mex style migas with a 64C egg over it .. yum! I might drop back to 62 or 63 for huevos rancheros depending on whither you like them soft or really soft). 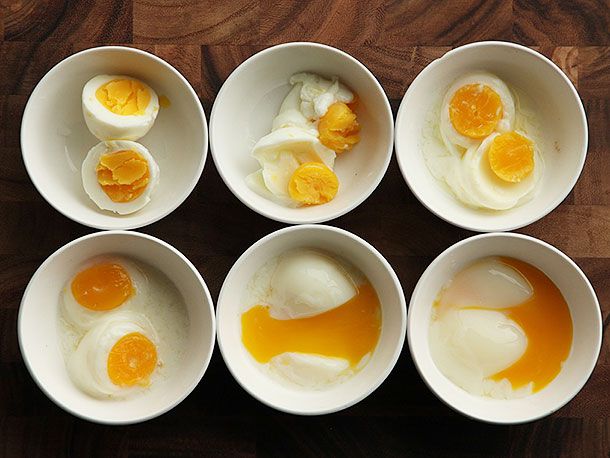 Everything you need to know about using a temperature-controlled water bath to cook eggs.

I had gotten tired of the results I got with the home kitchen vac sealers and I got a weston 2300, seems pretty similar to Ryans unit. I have to say it really sucks. And I mean that in a good way. Had it for several years and we use it a few times a month for sure.

Like Ryan, I have the Pre fancy connectivity Anova immersion sous vide. I did have a problem with the detachable power cord on it though. It melted when I was using it to reheat some brisket at Carols. I have to say the customer support I got from Anova was terrible. They didn't seem concerned that it almost started a fire and since it was out of warranty just told me to buy a new one. I just went ahead and hard wired it and 3d printed a replacement 'filler' for where the plug would have gone.

So, pretty much, I'm in the 'anything but anova' camp on that.

I'm kind of the odd man out, because I got a multi-cooker that also does sous vide for Christmas a few years ago. It's similar to a large crock pot with a glass lid, but with a non-stick removable pot instead of crockery. It's also digitally controlled from about 100º to 450º or so, in one degree increments. I haven't used it for anything but sous vide, but it has menu options for sous vide, cooking rice, baking cakes, slow-cooking things like stew or chili, and several other similar tasks.

Brent Dowell said:
It melted when I was using it to reheat some brisket
Click to expand...

Well I guess I won't leave that unattended!

Sounds interesting, what model is this? We use a couple crocks quite a bit, although less so once we got the instapot pressure cooker

Been using the fancy WiFi Anova for a few years. The WiFi does not work very well so I just set it manually and it works fine. I've been contemplating getting a second one so I don't have to think too hard and juggle temps for different dishes. I'm not sure if the WiFi issues have been resolved...could even be my fault.

We've had a food saver for many years and it's OK, but I'm also looking at chamber vacs in the VacMaster series because we freeze so many wet things and the food saver types don't handle moisture very well. You have to either hit the manual seal button when you see liquid being drawn up toward the sealer bar, or freeze the item first and then vac seal the frozen product. Chamber vac bags are much cheaper and most machines double seal the bags.

Im looking real hard at this one https://jvrinc.com/shop-all-products/packaging-equipment/vac100-vacuum-sealer right now can get it $100 cheaper with code from a youtuber site


Sounds interesting, what model is this? We use a couple crocks quite a bit, although less so once we got the instapot pressure cooker
Click to expand...

This is the one I have, although I'm not sure if they're making it anymore.

If you intend to sous-vide for more than two people, consider getting the stick type immersion circulator and one or more of the polycarbonate containers with lids. I have two of these LIPAVI containers with lids, a small one that will handle a couple of steaks and a larger one that will handle several steaks or larger items. Anova now makes one too. To help retain heat buy a small roll of reflective insulation and cut it to go around your tank sides, bottom and top. For even bigger items, like several pork butts, racks of ribs, or steaks for a big crowd I purchased a cheap but well insulated poly ice chest and used a hole saw to cut the proper sized hole in the lid for the immersion heater. Works great.
You must log in or register to reply here.
Share:
Facebook Twitter Reddit Pinterest Tumblr WhatsApp Email Share Link
Menu
Log in
Register
Top